The Cabinet Secretary Ministry of Health, Hon (Sen). Mutahi Kagwe today (25th October 2021) officially inaugurated the new KEMRI Board of Directors at a colourful ceremony held at a Mombasa Hotel and attended by Principal Secretary, Health, Susan Mochache, Acting Director General, Health Dr. Patrick Amoth and other senior Ministry of Health officials. KEMRI Board of Directors led by the Chairman Dr. Daniel Mbinda and Acting Director General Prof. Sam Kariuki pledged to steer the premier institution in Africa to continue to undertake cutting edge research that will contribute towards the enhancement of human health not just in Kenya but in the African Region. On his part the Cabinet Secretary, pledged to continue to support KEMRI, the Board and Management while expecting KEMRI to remain vibrant and exceed its expectations.

On 31st March 2021, His Excellency the President of the Republic of Kenya signed into law Legal Notice No. 35 which amongst other things gave KEMRI a new legal status. Prior to signing the Legal Notice, on 23rd February 2021, His Excellency the President of the Republic of Kenya in the exercise of his powers under the State Corporations Act appointed Dr. Daniel Mbinda as the new Chairman of the KEMRI Board of Directors. The legal notice complied with best practice in terms of governance of State-owned corporations by adhering to the letter and spirit of the Code of Governance of State Corporations (Mwongozo) by amongst other things reducing the number of Board members from 13 to 9.

In the same vein, in the exercise of the powers conferred upon me by Section 6(1)(e) of Legal Notice No. 35 , as the Cabinet Secretary, Ministry of Health, on 13th  May 2021,I appointed Dr. Amb. Wenwa Odinga,Prof. Timothy Waema, Ms. Marstella Kahindi and Dr. George Njoroge as KEMRI’s new independent Board members. The new legal regime under which KEMRI falls as well as the new Board appointments herald a new beginning for the Institute.

“As I stand here to inaugurate the new Board, it cannot escape my attention that the Board of Directors has begun its task by approving 17 new/revised KEMRI policies. This is a commendable effort….It is expected that these policies will help the Institute become more effective and efficient in its operations while maintaining transparency both at the Government level and with our local, regional and international partners who seek to engage with KEMRI and the Ministry of Health to achieve its goals and objectives.” The CS intimated.

The Board has been inducted in all Centres in Nairobi and the Coast Regions and is now familiar with the operations of KEMRI. The Board will now effectively work with the Ministry to produce more policy briefs, conduct evidence-based research, incubate, mentor and grow young scientists who are the future of research in Kenya. 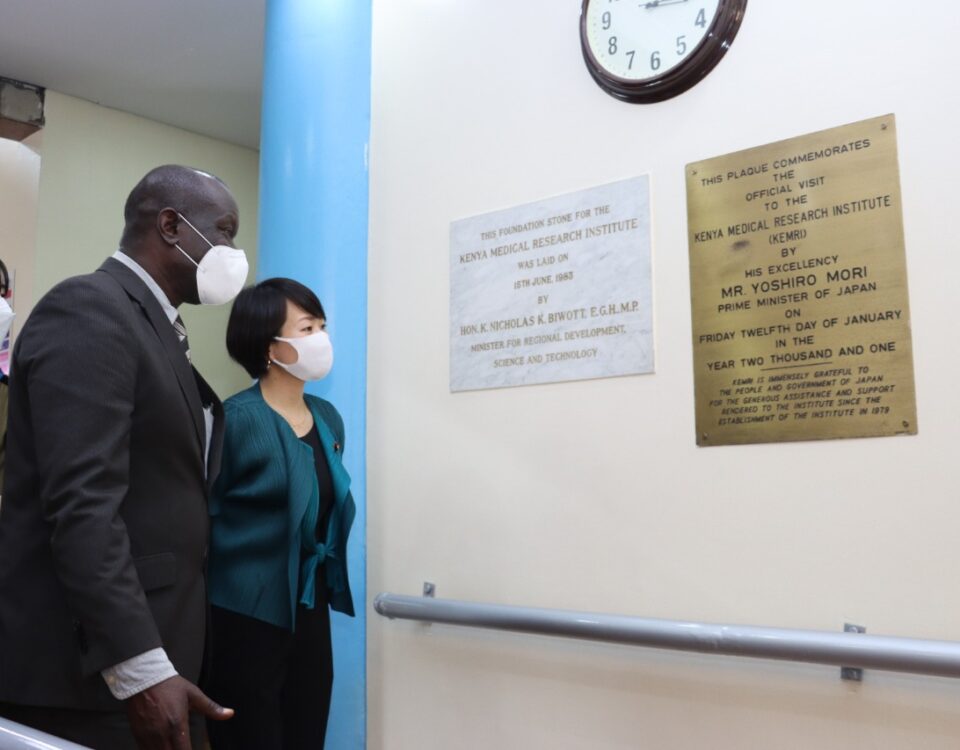