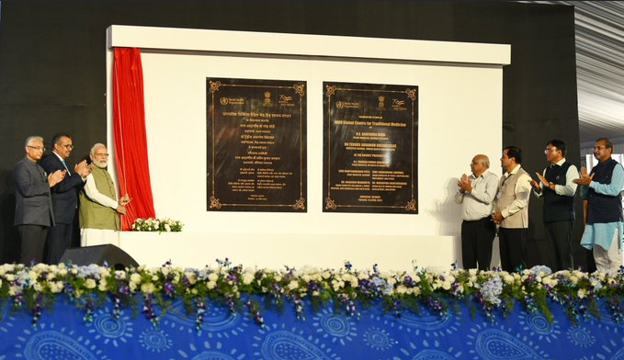 The foundation stone of the Global Centre for Traditional Medicine (GCTM) in Jamnagar, Gujarat, India, unveiled by the Prime Minister of India, Narendra Modi, at the Ground Breaking Ceremony on Tuesday, April 19, 2022.

Barely three months after its colorful and significant groundbreaking in Jamnagar, Gujarat, India, the WHO Global Centre for Traditional Medicine, a wave of excitement is spreading across herbal medicine practitioners and stakeholders throughout the world.

“The WHO groundbreaking ceremony on Tuesday, April 19, 2022, was very significant as it affirmed the seriousness with which WHO is placing on herbal medicines,” intimates Dr. Festus Tolo, the Deputy Director in charge of the Center for Traditional Medicines and Drugs Research (CTMDR) in KEMRI. He adds, “This is the very first time that herbal medicine this kind of attention by WHO and this can only be significant and exciting to all practitioners.

Dr. Tolo was part of the Kenyan delegation that also included a member of the KEMRI Board of Directors, Amb. Dr. Wenwa Akinyi Odinga at the groundbreaking ceremony at the construction site as Prime Minister of India, Narendra Modi and WHO Director General, Dr. Tedros Adhanom Ghebreyesus laid the foundation stone. The occasion was witnessed by representatives from all parts of the world that included Heads of State, Academicians and Researchers in the field, Traditional Health Practitioners (THPs), well-wishers and the General Public

The Centre is expected to be operational in the next five years’ time. Meanwhile, when the new Centre is being built, an interim office will be established at the Institute Teaching and Research in Ayurveda (ITRA), which is a WHO Collaborating Centre and Institute of National Importance in Gujarat, India.

Dr. Wenwa, who was the heading of the Kenyan delegation made a presentation on the second day of the summit at a symposium themed, “Global AYUSH Research and Development Initiatives”. Her paper, titled, “Traditional Plant Derived Medicine use and Development in Kenya”, was well received for aptly articulating the use of Traditional Medicine in Kenya with very relevant examples that resonated with the audience.

She explained the role herbal medicine was playing in the Country and the Government’s support of the sector and outlined the major concerns for a continued use of Traditional Medicine in Kenya, key amongst them being availing of scientific data on safety and efficacy, protection of sources of raw materials and documentation of the traditional knowledge for future generations. 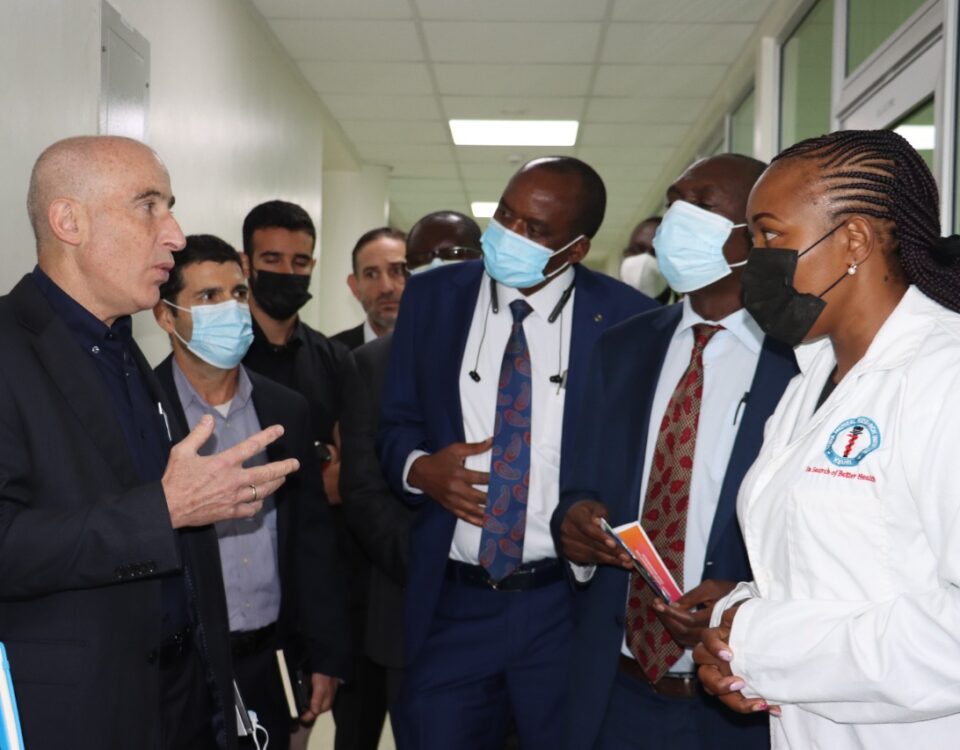