KEMRI’s Medical Camp treats over 3000 residents in Nyamira and Kisii.

As part of the KEMRI’s 40th anniversary celebration, the Institute has partnered with Inka Medical Association to reach out to over 3000 residents of Nyamira and Kisii counties in a specialized free medical camp launched on Monday 9th December, 2019 by the Regional Commissioner, Mr. James Kianda on behalf of Interior Cabinet Secretary Dr. Fred Matiangi

“The aim of this camp is to help the two counties in improving public health care in the region. I am confident that the health facilities and the medical supply and that the equipment that we are going to donate today will go along way in helping to strengthening health care delivery for members of the society as well as fulfill one of  governments big four agenda pillar on universal health care,” said Mr James Kianda.

While paying a courtesy call on Kisii Governor, H.E. James Ongwae shortly before the official opening ceremony of the medical camp,  Dr. Naphtali Agata, Chairman KEMRI Board of Management said Kisii and Nyamira counties will be the first beneficiary of the 10 medical camps that Institute has organized as part of the KEMRI’s 40th anniversary celebrations.

“The Institute has grown tremendously over the last forty years and as a way of Celebrating the 40 years of excellence in Human Health Research in Africa we have organized these specialized free Medical Camps to create value to the communities that we work with as well as supporting the governments Big Four Agenda that seeks to provide Universal Healthcare for all,” says Prof. Yeri Kombe Director General KEMRI as he flagged off the team to Kisii at KEMRI headquarters.

“I am grateful that as part of your corporate social responsibility you have chosen to give back to the Gusii community and in the attainment of Universal Health Coverage,” Governor. Ongwae, said.

At the same function Governor Ongwae said that Kisii County has identified a five acre piece of land that will be used to build a KEMRI Centre in Kisii county. He said this will ensure that the Gucii community benefits form the world class research that KEMRI continues to churn out. “In regard to the request you put forward, I offer five acres of land for the building of a research institute that will help foster health care in the Region and create job opportunities for the people,” Governor Ongwae said.

The people of Kisii and Nyamira came out in large number to benefit from the free medical camp which offered different services such as general medical screening & Consultancy, Dental Services, ENT Services, Ophthalmology obstreacy & Gynecology, Blood Sugar testing, Blood Pressure and Cancer screening for Cervical and Breast Cancer, just to mention a few. KEMRI mobilized over 30 medical doctors, clinical officers and laboratory technologists as well as medical specialist in Cardiology, Paediatrics, Oncology among others.

KEMRI aims to conduct more medical outreach camps in 10 counties around the country among them Busia,  Kisumu, Madera, Lodwar, Lamu, Baringo, Marsabit, Embu, Kiambu and Nairobi as part of its 40th anniversary celebrations in health research excellence in Africa. 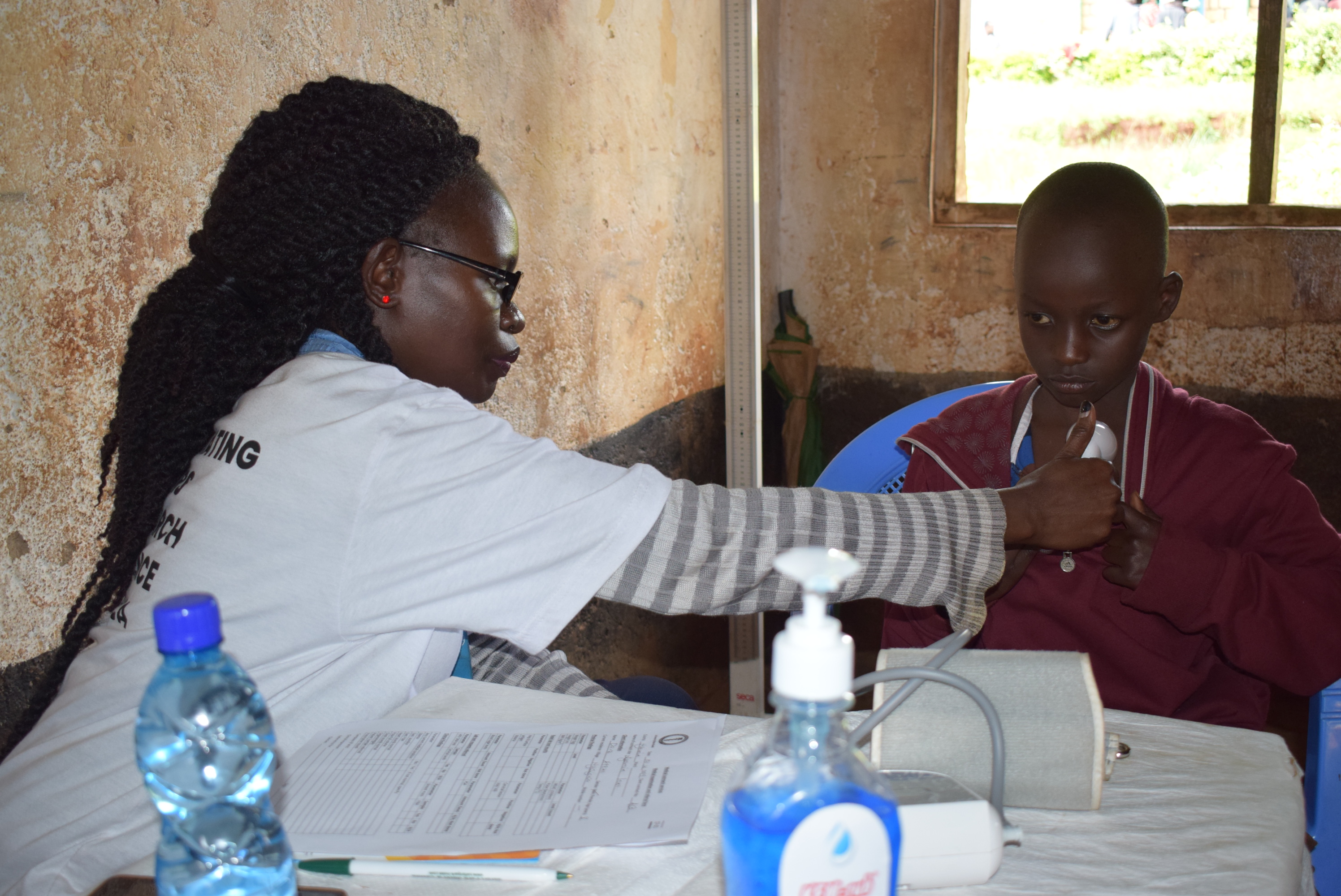 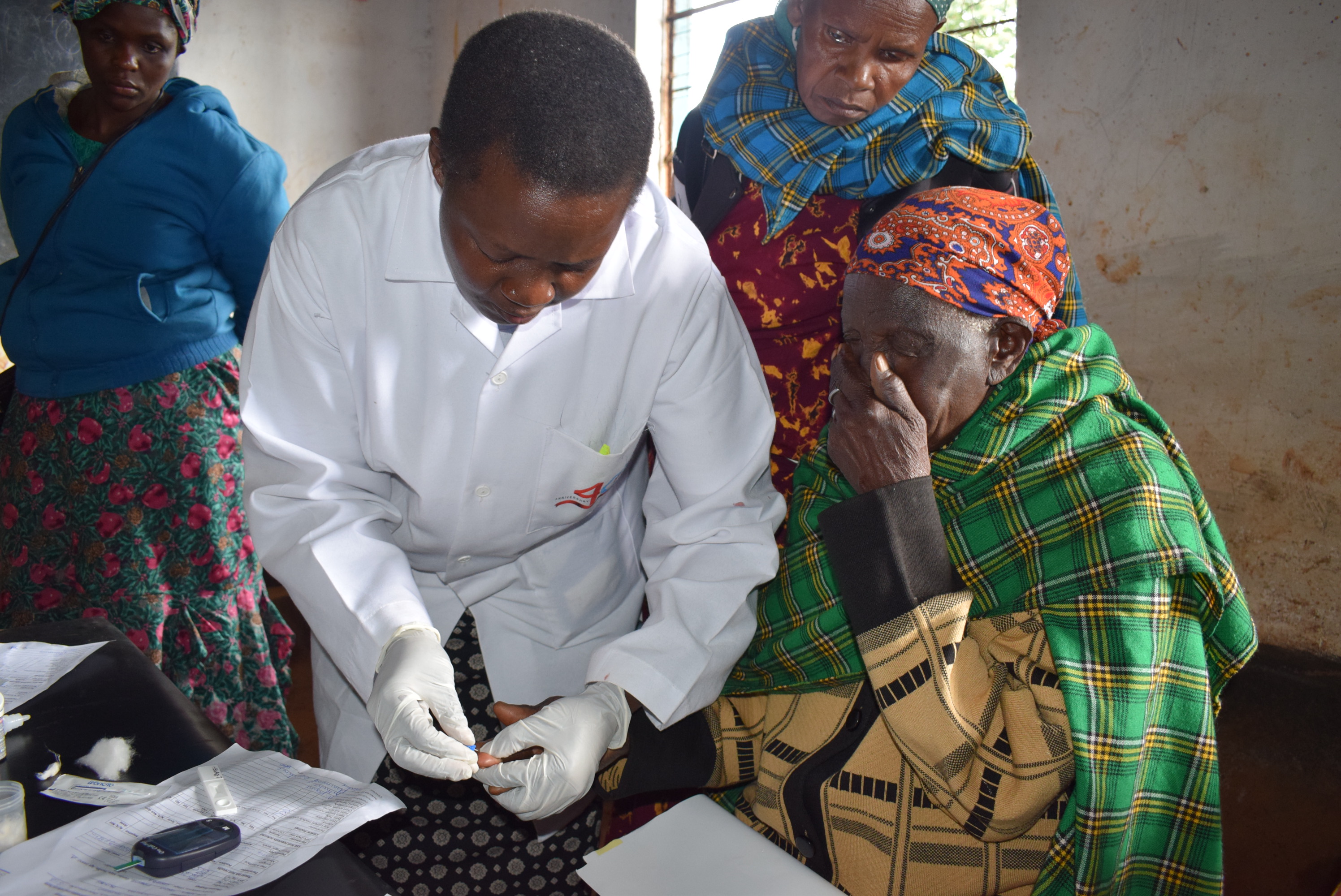 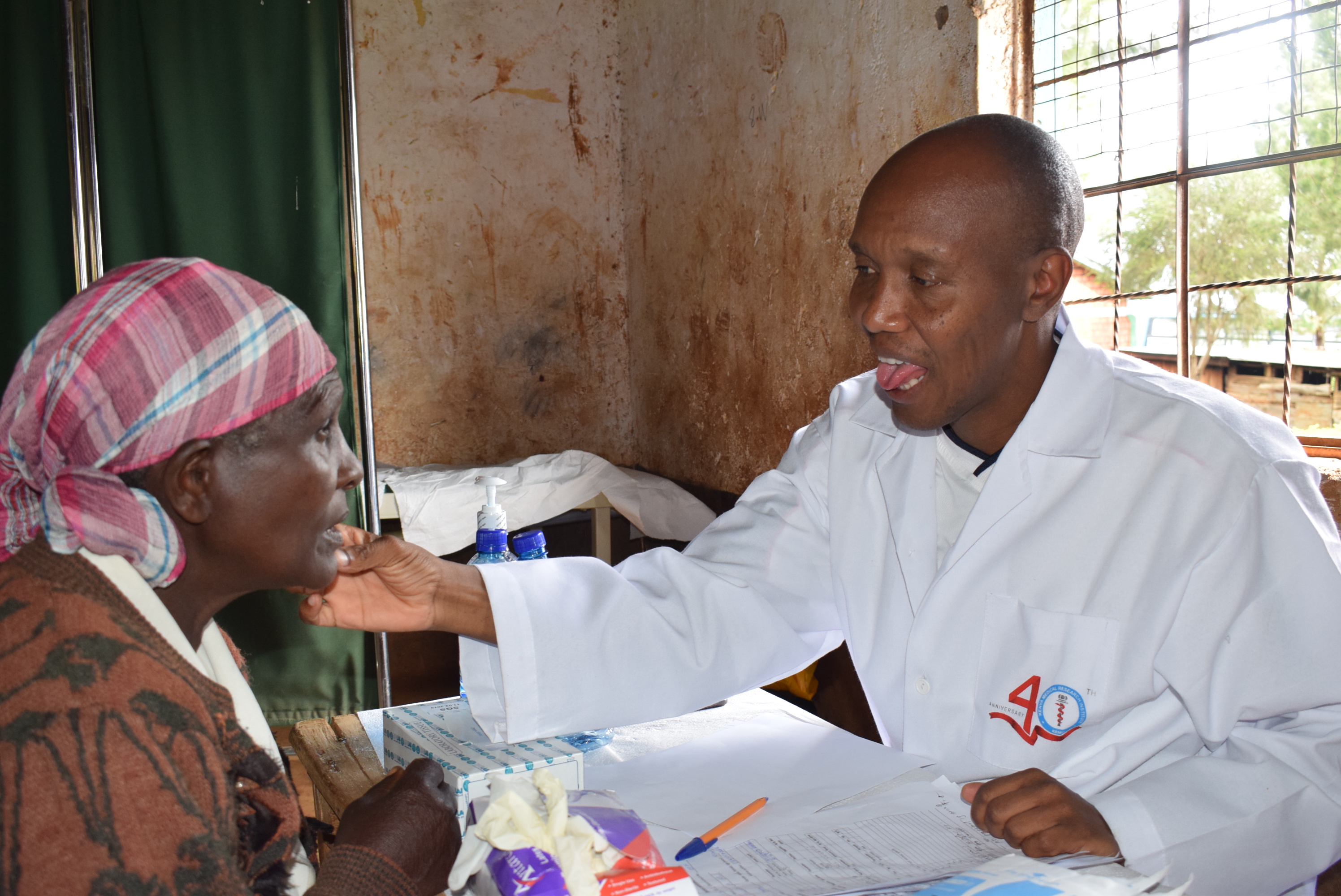 Dr. Robert Kimutai, a Pediatric Oncologist from KEMRI examining a patient at the KEMRI Specialized Medical Camp in Kisii and Nyamira. The Medical Camp was organized by as part of the KEMRI’s 40th Anniversary Celebrations. The Institute will run 10 similar camps in various counties such as, Busia, Kisumu, Mandera, Lodwar, Lamu, Baringo, Marsabit, Embu, Kiambu and Nairobi. 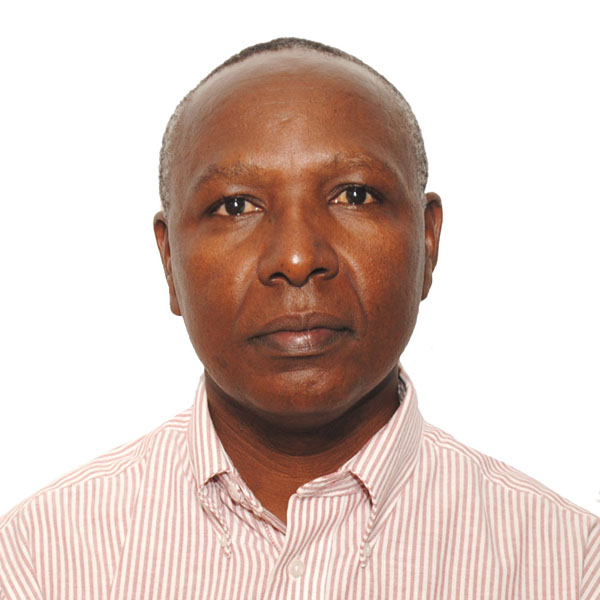